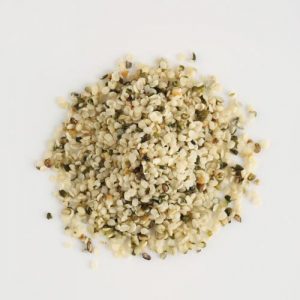 Victory Hemp Foods, a Kentucky, USA hemp food maker is expanding into the American northeast through the purchase of a former canola and sunflower processing plant in the state of Vermont.

The added facilities will expand production to 8,000 gallons of hemp seed oil each month, Chad Rosen, Victory Hemp’s founder, recently told SevenSaysVt.com. Byproduct after extraction yields 50,000 pounds of hemp protein powder that Victory uses in other products. The company has distribution in major retail chains such as Kroger and Whole Foods Markets in Kentucky. Rosen said Victory hopes to set up distribution of its products in Vermont this year.

Victory, based in Campbellsburg, Kentucky, bought the processing factory from the Full Sun Company, which went out of business last year. The company has hired Chris Bailey, founder and former CEO at Vermont Smoke & Cure, a producer of a line of meat products, to serve as the company’s COO.

Rosen said Victory looks to contract with Vermont hemp farmers, and has plans to buy raw materials from producers in New York and Maine.

"We love working with Victory Hemp! We utilize their hemp seed oil in our products and love that it is American grown."

"Adding roasted hemp seeds to the grain bill imparts a nutty aroma in our amber recipes and the heart seems to add a bit of body in the mouth feel."

"Our customers like the idea of added protein in what has always been seen as the ultimate morning carb load."

About Us
Our Approach
Grower Info
Team
Jobs

Victory Hemp Foods manufactures healthy hemp ingredients for manufacturers and brands creating great tasting, highly functional, nutritious plant-based foods that their customers rave about. With superfood hemp from American farmers, our aim is to make every bite a Victory.

Fill out the form below and we will contact you to discuss your order.